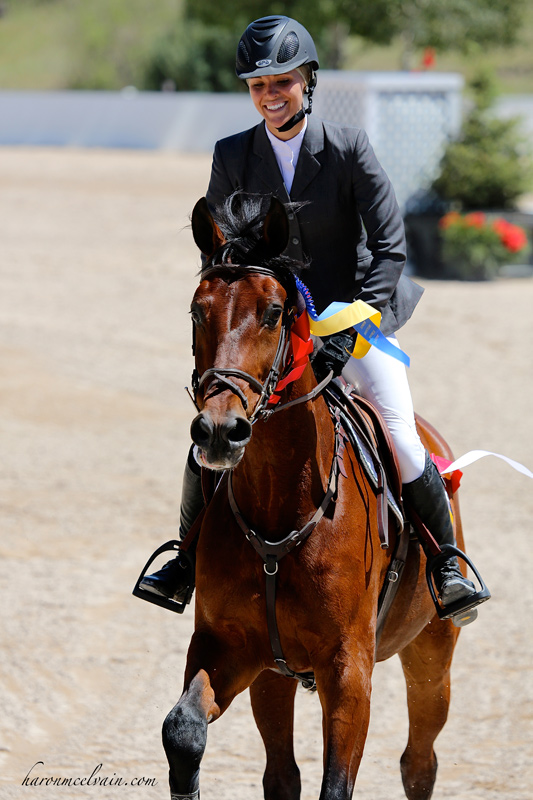 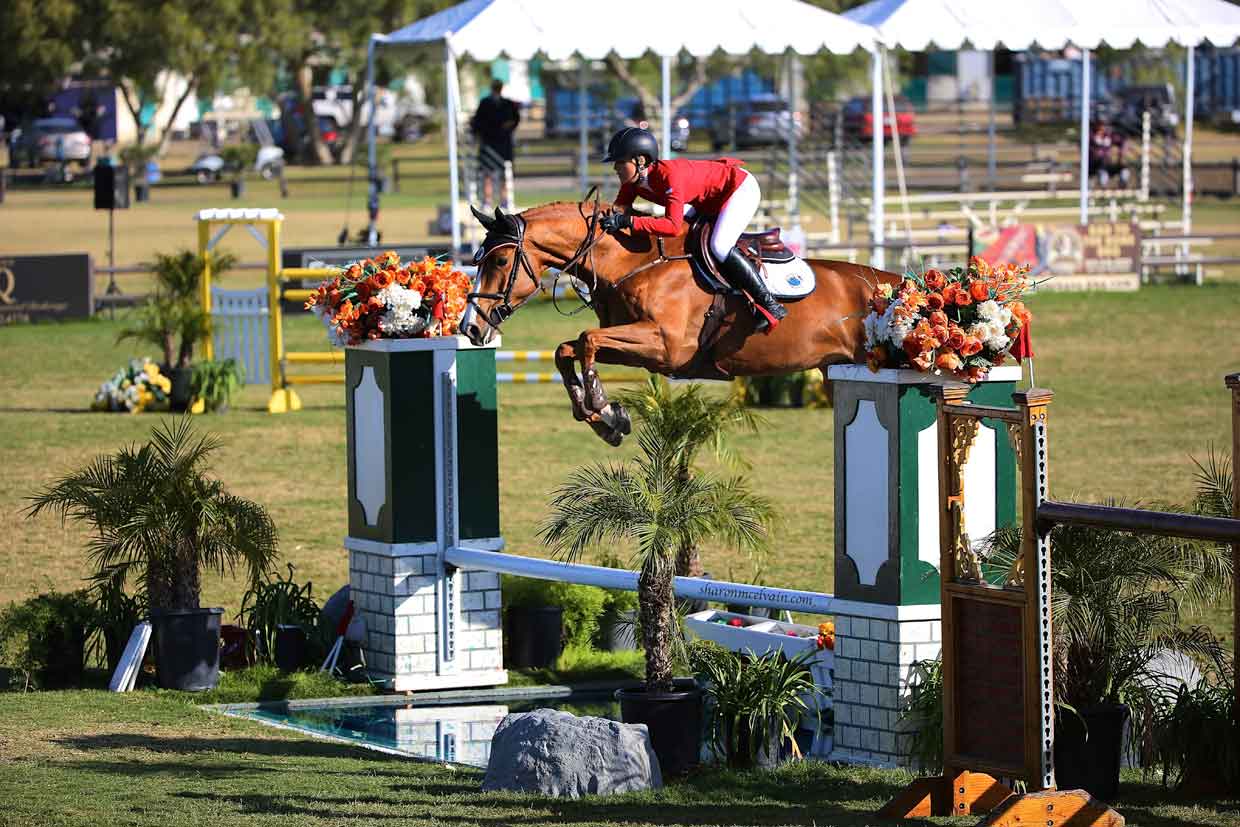 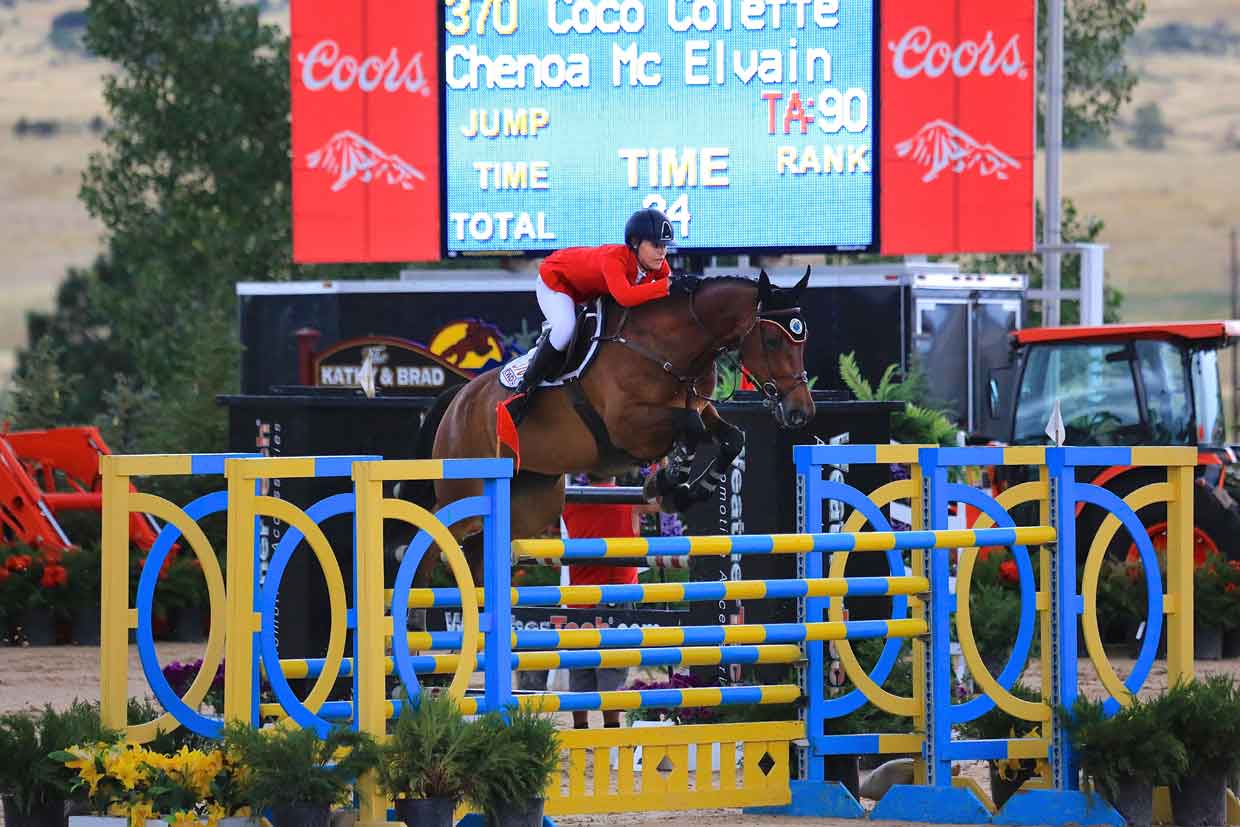 Becoming both a top rider and a well-rounded horsewoman is what matters most to Chenoa McElvain. While continuing her family’s esteemed horse breeding tradition and advancing Rancho Corazon’s innovations in young horse development, Chenoa is pursuing her personal goal: To ride for the United States Equestrian Team on a global scale. Her ambitions include the World Cup, the World Equestrian Games, the Global Champions Tour, LGCT Tour, Nations Cup Competitions and eventually the Olympics.

Chenoa has been a competitive jumper rider since the age of six, contesting her first Grand Prix at the age of 13. As a teenager, she competed in the NAYJRC (North American Young and Junior Rider Championships) for four consecutive years, placing in the top 14 of North America for three of them. Chenoa also participated in the German Friendship Games in 2007, and in 2009 at home in the U.S., she took part in Levels I and II of the first annual Emerging Athletes Program. After Competing in Germany for the summer of 2009, she returned to Germany in 2013 competing in the young horse divisions throughout Europe, completing her tour with the Young Horse Hanoverian Championships in Verden. One of Chenoa’s greatest passions is to train young horses up to the highest levels of Show Jumping; her current mounts Coco Colette, Voila and Wallstreet RC were all purchased as 5-6 year old’s and developed by Chenoa and her family up to the 1.50m – 1.60m International competitions such as the CSI2*-CSI5* World Cup Qualifiers on the West Coast, 1.50m U25 Grand Prix in Wellington, Florida and the HITS Coachella 1 Million Dollar Grand Prix.

In 2016, Chenoa opened Rancho Corazon HIPICO Santa Fe (RC HIPICO, a premier full-service training facility in Santa Fe, New Mexico where she currently resides as head trainer and manager of RC HIPICO. The mission of RC HIPICO is to provide a full-service training facility for the Southwest, create top performance horses and riders, and to support the fulfillment of Rancho Corazon's aspiration to transform sport horse breeding, training, and competition in the United States. The heart of the horse serves as the cornerstone of her program. McElvain's goal-oriented, inventive style supports riders in pursuing their individual goals through empowerment and instruction. By providing riders with the tools and knowledge required to become a successful competitor as well as establishing the confidence to apply these techniques at any level of the sport.

Among her trainers and mentors, Chenoa is privileged to include professionals such as Christian Rogge, Frank Selinger, Sharn Wordley, John McConnell, Susie Schroder, Dick Carvin, John Pearce, Jose Alejo, Mark Martens, Jenni Martin McAllister and Steve McAllister. In addition, she has done clinics with industry legends George Morris, Melanie Smith-Taylor, McLain Ward, Mark Martens and Julie Winkel. With a continued desire to learn and improve she recently implemented the RANCHO CORAZON Learning and Practice Clinic Series Sponsored by HIPICO Santa Fe in Santa Fe, NM a program which is aimed to continue the spread of knowledge and skill throughout the horse community by hosting a series of clinics to provide locals as well as herself the opportunity to learn from the world’s best horsewomen and men.

Chenoa graduated from the University of Denver in 2014, and was awarded Bachelor’s Degrees in both Sociology and Anthropology with an emphasis in Archaeology. She currently is the Manager of Rancho Corazon, competing full time and overseeing the breeding, young horse development and the care and management of the competition horses at Rancho Corazon.

Chenoa McElvain - “I am an advocate for safety within the equestrian community and primarily in the sport of Show Jumping. I began wearing a Soteria USA safety vest in 2016 after a bad fall in a Grand Prix that landed me in the hospital for a few days. We can no longer deny that most equestrian sports are dangerous high contact/impact sports. Even those at the top of the sport often find themselves taking time off due to a bad injury either by accident or rider/horse error. Being a professional Show Jumper is my passion, but horses are unpredictable, and accidents are bound to happen; it is not if but when. I handle and ride young horses daily which increases the risk greatly. We are athletes and a healthy body means a long successful career; I go to the gym 3 or 4 times weekly and take my profession as an athlete very seriously. My goal is to reduce as much risk as possible by protecting my head, neck, spine and internal organs with the necessary safety gear not only to prevent injury when accidents happen but to allow me to embody true cowgirl ideals “when you fall off, get right back on!” The bottom line is I do not want to take 6-12 weeks off from riding if I can prevent it, it is my passion and I will take every precaution to stay in the saddle for as long as my life will allow.”