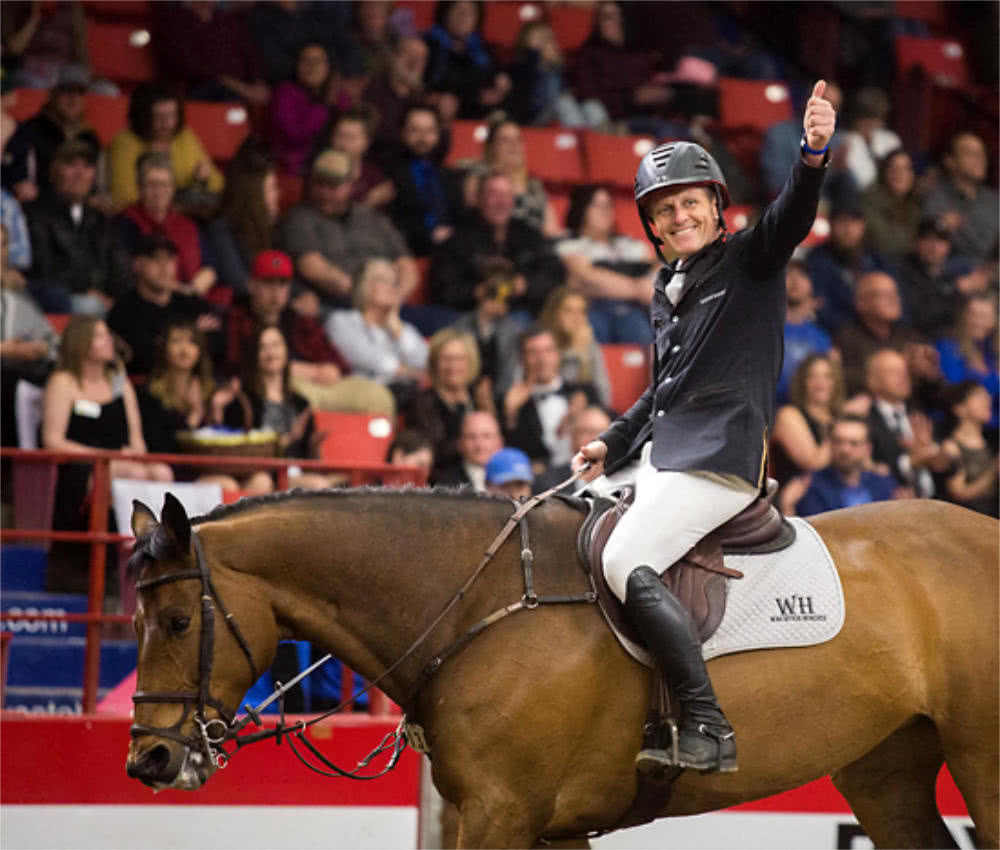 We are extremely excited about Delilah RC. Not only is she well put together, but she already demonstrates tremendous jumping ability and technique.

Delilah’s sire, Boritas, proved himself at the “S” level, competing internationally with Lars Bak Anderson. Boritas continued his show jumping career in the United States, taking his amateur-owner into the Grand Prix arena for the first time with much success. Now retired to stud, Boritas produces strong, attractive offspring that inherit his willingness to perform and impeccable character.

Boritas is by Baldini I. Baldini was an intermediate level jumper who passed his talent — along with stunning beauty, great character and superior rideability — on to Boritas. Baldini I’s sibling, Baldini II, has gained recognition in the United States, with daughter Bella Donna winning the HITS Thermal Million Dollar Grand Prix in 2013 with Meredith Michaels-Beerbaum.

Through her dam, Venetia II, Delilah is a direct descendant of Love Affair. His offspring are highly sought after for their athletic ability, even temperament and extraordinary minds. Thus, we expect Delilah to flourish in the show ring.